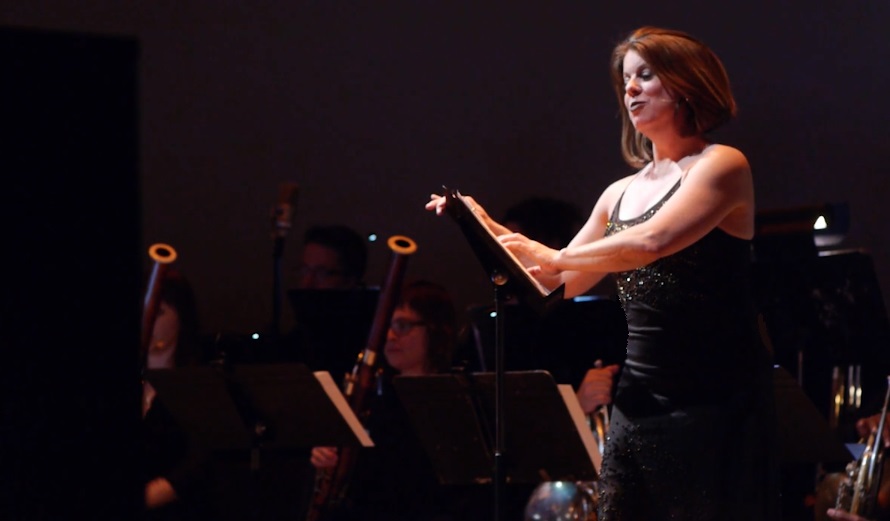 “Many of the highlights came from the formidable Ms. Saunders, including stunning performances of “On Judges Walk” and “Far From My Heavenly Home.”
–Aaron Girard, Zeitschichten.com

“They Are There” was absolutely brilliant…it was truly an “Ives Rocks!” moment.”
–Ken Steen, artsjournal.com

“I’ve heard a half dozen or more Ives songs I’d never heard before, most of them early, but the largest and latest by far was the seldom-recorded “Aeschylus and Sophocles,” for singer and two pianos with optional string quartet (both versions performed tonight). Strange, amazing piece in Ives’s dissonantly introspective, classical-text vein (see also “August,” “September,” “December”), decrescendoing to spare octaves for the line “But where kings honour better men than they, / Let kings be honoured too.” Elizabeth Saunders… [did] a dynamite job”
–Kyle Gann, artsjournal.com

“Mezzo-soprano Saunders radically shifted the ambience of the performance in the second section. Her clear, dazzling voice caressed the notes in a selection of lullaby-like songs whose subjects centered around evening and children. ‘O’er the mountain towards the west As the children go to rest/Faintly comes a sound/A song of nature hovers round/ Till the beauty of the night/Sleep thee well till morning light’ were among the lyrics to ‘Berceuse,’ which washed a peaceful feeling over everyone present that evening.”
–Lisa Reade, The Wesleyan Argus

“I don’t think we’ve ever met, but I just watched you singing An Election: 1920 on YouTube and wanted to let you know that I thought it was terrific. I’m so glad Ives has you as a champion.” Paul Sperry (via email)

“…a rush, a puzzle, a submersion into mind-altering wave forms…an intoxicating listen, recalling most closely Luciano Berio’s work with The Swingle Singers. In other words, avant garde mastery.” -The Wire Magazine

“Over each of the dozen hour-long variations, the singers stretch the limits of the human voice in nearly unimaginable ways, flying through operatic passages of long number combinations and repeated words that would seem random if the arrangements weren’t so staggeringly complex. Settle into any one moment and you might be caught off-guard by a death metal scream, a dive into doo-wop, a flutter of stuttering syllables, or just the loud blurt of a raspberry. Taken in one-track doses, it’s an overwhelming achievement of composing, performance, and group improvisation. I wish we could shoot it into outer space for the aliens to hear.”  –Miles Bowe, Acid Test, on Bandcamp.com

As Lola in “Cavalleria Rusticana”
“The role of Lola was sung wonderfully by mezzo-soprano Elizabeth Saunders, who in the role of cheating wife, gave us a sassy, taunting Lola with just the right amount of juice to make every man in the audience want her and every woman cringe.”
–Paul Joseph Walkowski, OperaOnline.us

As Anna in “Die Bürgschaft”
“…puts more pathos into her music than any other character on stage.”
–Robert Croan, Pittsburgh Post-Gazette

Pops Concert
“…spectacular mezzo-soprano Elizabeth Saunders, who swept onstage in a black sheath, barefooted, her high heels in hand, singing Lerner and Loewe’s “I Could Have Danced All Night.” Broadway came onstage with her. Her voice is big and beautiful, and she invests such drama and feeling in the familiar words that I heard them anew.  Saunders showed her versatility when she followed a low-key, touching arrangement of George Gershwin’s last song, “Our Love is Here to Stay” with a creamy “I’ve Got a Crush On You.”
–Mary Johnson, The Baltimore Sun

As Suzuki in “Madama Butterfly”
“Elizabeth Saunders’s Suzuki displayed a broader emotional range than do many: she was by turns angry, amused and — of course — consoling. Her attack on Goro in Act II looked like a scene from a karate self-defense video.”
–William V. Madison, Opera News


As Suzuki in “Madama Butterfly”
“As Suzuki, Elizabeth Saunders regaled us with lush and secure voice coupled with highly effective and intense interpretation. If, as a Japanese servant, she was often unable to express herself via body language, all one had to do was look at the fire in her eyes.”
–Howard Levin, Opera Jamboree

As Ligeia in Augusta Read Thomas’ “Ligeia”
“Mezzo Elizabeth Saunders was perfect as the mystical and sensuous Ligeia, both vocally and dramatically”
–Eleanor Keats, The Denver Post

“Messiah”
“Elizabeth Saunders proved her versatility in the dramatic alto part of the oratorio, executing the coloratura passages smoothly and with great beauty of tone. Saunders is an accomplished actress who handled the vocal demands well.”
–Mary Johnson, The Baltimore Sun