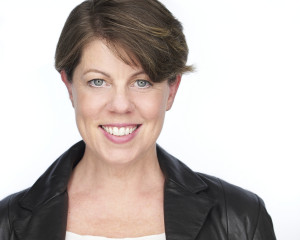 I was sitting in my dressing room and thought: “I’m just so tired of it only being okay to make sounds this way…” After years of conservatory training and work in opera and concert, I felt stifled by the obligation to only sing like a classical singer. To only express the human condition through operatic sounds. They began to feel so stifling, so limited in their ability to express the full range of the human condition. Humans make all KINDS of sounds in joy, grief, and everything in between, and different styles of music reflect different types of people, people from different social groups, different cultural heritages, all trying to communicate something authentic–truthfully and fully–to anyone within hearing distance. And I wanted the chance to bring more of these people to life. So I began new vocal and acting training and moved to NYC and began a new journey. If, by the end of my days, I have been granted the opportunities to bring not just Bizet’s “Carmen” to audiences, but people like Diana Goodman, Margaret Johnson, and Norma Desmond, I shall be exceedingly grateful indeed. Along the way, having these new vocal options available when interpreting the music of Charles Ives and Anthony Braxton is a real joy.

Elizabeth Saunders’ voice and artistic command are described by reviewers as “formidable”, “spectacular,” “creamy,” “sensuous,” “powerful,” “sweet,” and “perfect.” An uncommonly versatile singer-actress with eclectic artistic passions, Elizabeth is recognized by international Ives scholars as one of the most compelling artists to be performing the songs of Charles Ives today, and is now being promoted throughout the country with the concert program “Songs in the Key of Z: the songs of Charles Ives” with celebrated Ives scholar, pianist, and composer Neely Bruce. Her performances of the songs of Charles Ives also brought her to the attention of jazz legend, MacArthur Genius Grant awardee, and 2014 NEA Jazz Master Awardee Anthony Braxton, with whom she now sings as a core member of the company of 12 singers that performs and records his Trillium Cycle of “restructuralist” operas, and his Syntactical Ghost Trance Music.

In addition to performing principal roles in traditional opera in the U.S., Europe, and Japan, musical theatre roles performed include the Old Lady in Bernstein’s CANDIDE, Cousin Hebe in H.M.S. PINAFORE, Meg in BRIGADOON and as a soloist in Pops concerts with the Cincinnati Symphony Orchestra, the Annapolis Chamber Orchestra, and the Unified Jazz Ensemble. International operatic appearances include, but are not limited to, the title role in CARMEN in Osaka, Japan, Florence Pike in ALBERT HERRING in Tokyo, Anna in Kurt Weill’s DIE BÜRGSCHAFT in Germany, and La Voce in Respighi’s LUCREZIA in Italy.  Elizabeth has performed as mezzo soloist in Beethoven’s Ninth Symphony at Carnegie Hall with the American Composers Orchestra, at Lincoln Center with Broadway composer and conductor Phil Hall, and at Le Poisson Rouge with Joseph Kubera, one of the world’s leading interpreters of contemporary music at the piano.

Now enjoying non-musical performance in the theater and on camera as well,  Elizabeth premiered the role of Mrs. Vaughn in Nathan Wright’s “Peninsula” for the Manhattan Repertory Theater’s New Works Plays Series, premiered the role of Joan in Derek Nicoletto’s “Brunch in Babel” for the New York Theater Festival, and recent screen work includes the role of Kate opposite Jeff Daniels in  the 9/11 political drama miniseries “The Looming Tower” on Hulu, Bravo’s comedy series Odd Mom Out , the role of Ellen in the award winning film One Angry Black Man from Oscar and Emmy nominee Hans Charles (to be released via Video on Demand Summer 2019) and the comedy Noah Wise.

🔥🔥🔥"...hot tears from seeds long buried in the core of my soul, their fruit is the pain they carry from an enemy so old...Todos los días el fuego arde dentro de mí..." @squintyne @michaelolatuja #salsa #youwannahearit youtu.be/_tQktOKUQG4

So... this happened today. Thanks bill__harrington jinxproofnj tattoo for the gorgeous ink! @ Jinx Proof Tattoo instagram.com/p/CCFDbMajQ8z/…

@IamDebraLee Thank you deeply for your support of #1angryblackman We are profoundly grateful that people are finding value in it. #BET #BLM #SoulidiflyFilms #1angryblackmancast twitter.com/IamDebraLee/st…

Dahiana Castro: beautiful actor, beautiful human. Awesome to work with. So glad you found the film worthwhile, @dazzodarwin thank you for spreading the word.🙏🙏🙏 #1AngryBlackMan twitter.com/dazzodarwin/st…

This ending that always felt a bit odd and out of the blue, now fits, unfortunately, perfectly. #1angryblackman @mumba50

Here it comes. And Ramon kills it. #1angryblackman

"Why not riot over something cool, like a police shooting or..." Holy crap. I forgot about this line. Dear God. #1angryblackman

#1angryblackman too many awesome lines happening right now to keep up sharing them.

Hah! "34 minutes in to class and we have our first #Trump mention! Pay up Tushar..." #1angryblackman

#1angryblackman Thank you, Menelek, for the opportunity to read Zora aloud there. XOXO

@mumba50 @cineclass But one of the best lines in the film IMHO.

The reviews are coming in" "#1AngryBlackMan...Is this the most relevant film available today?...This unique mix of social drama and spirited debate about African-American literature from writer director #MenelekLumumba could not be more timely..." twitter.com/Herald_Vernier…

Hey, everyone! I have a lead role in a multi-award winning film that’s dropping worldwide on Video on Demand and DVD Friday, June 5th!! It’s called 1 Angry Black Man, and this digital… instagram.com/p/CA2wXKfjb_Fd…

A little about Ellen, English major from Portland, Maine, in #1angryblackmanmovie It's an awesome film for a watch party; it's ALLLLL about the conversation. AVAILABLE JUNE 5th ON DVD AND… instagram.com/p/CAyYNeuH-jhT…

Today at 3pm ET on Instagram Live by two of our NYSTA Board members for the voice teaching community - Best practices for providing online voice lessons! See this Instagram photo by @NYSTASings instagram.com/p/B97LMC9hG9y/…

Hi @mattbean1 I love @SunsetMagazine but, tho I've actually *overpaid* my subscription, it was suspended claiming no payment was received, despite multiple communications w/Sunset sharing records to the contrary. Is this really the way you want your mag to operate?

Anyone out in Oregon, my student Chelsea Feltman will be out there in June rockin' this demanding, exciting work! t.co/MGtbKwEKab

Thank you Brian @bluedoorconsult and John @DocWebTRC for getting my website back up and running. You guys are THEE BEST. XOXOXO pic.twitter.com/jzUsxoWxHG

IT IS NOT OK THAT PEOPLE CARE SO MUCH ABOUT THESE THINGS WHEN THERE ARE STARVING PEOPLE IN THE WORLD twitter.com/Independent/st…

Oops! Posted to the wrong channel! Elizabeth Saunders Sings "Rainy Days and Mondays" (The Carpenters) with ... youtu.be/9rFUAFTB4gI via @YouTube

This error message is only visible to WordPress admins

Please go to the Instagram Feed settings page to create a feed.